Staff and volunteers of three nonprofits recently gathered together Thursday evening to celebrate their unique collaboration to bring words to life for people who are blind or cannot read due to other disabilities at the New England Carousel Museum (NECM).

The Bristol Lions Club raised money to sponsor “talking exhibits” produced by CRIS Radio, a nonprofit radio station, for the NECM, which features hundreds of hand-carved horses and an indoor carousel.

The “talking exhibit” initiative – called CRISAccess – was developed by CRIS Radio, a 41-year-old radio station that broadcasts audio versions of articles featured in newspapers and magazines for people with print disabilities. CRISAccess™ offers museum visitors with print disabilities an easy and quick way to access the information through a personal smart phone when it scans QR (Quick Response) Codes.

Below is a sampling of QR Codes that will play the audio files used at the museum.

(Must scan with a mobile device downloaded with a QR Code Reader application.)  The link with attraction’s name, will open the audio file directly.

What are QR codes? 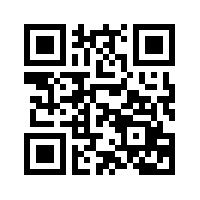 QR Code (abbreviated from Quick Response Code) is the trademark for a type of matrix barcode that has become popular due to its fast readability and large storage capacity.

The code consists of black modules (square dots) arranged in a square image pattern on a white background.

QR Codes are typically images placed on printed materials or at locations. They are scanned by cell phones and tablets which will open “links”.