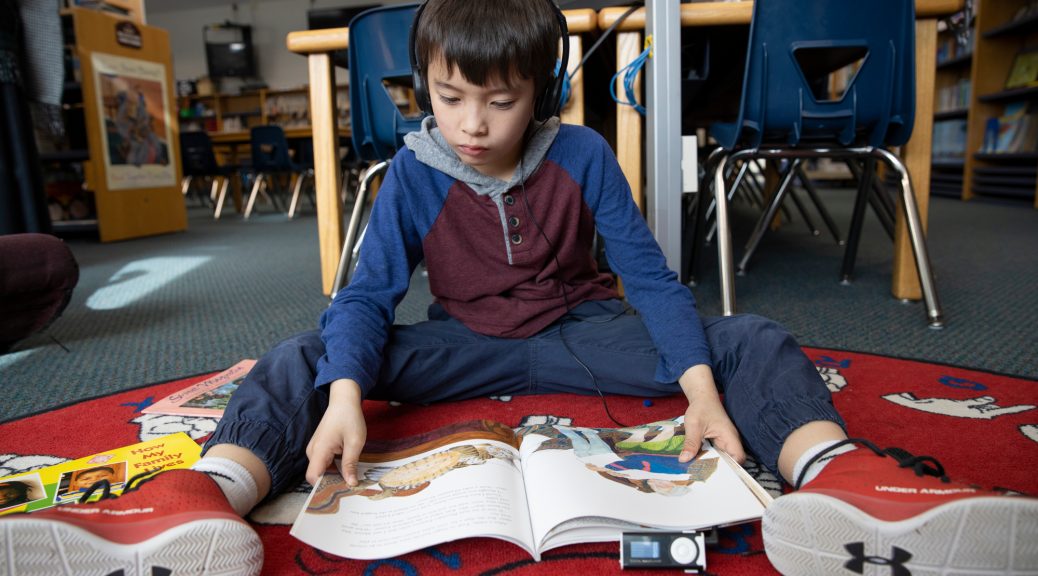 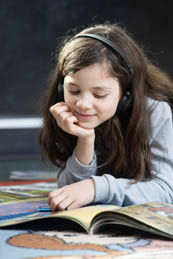 ENFIELD — A unique collaboration between two nonprofits — the local Educational Resources for Children Inc. and the Windsor-based Connecticut Radio Information System — that enabled students to listen to audio recordings while following along with books helped improve their reading scores, according to an independent study.

CRIS, a radio station that for 42 years has served as a “talking newsletter for the blind or print-challenged,” began its collaboration with ERfC around three years ago, according to Diane Weaver Dunne, the station’s executive director.

With CRIS teaming up with ERfC, which runs a summer camp as well as before- and after-school programs in cooperation with the Enfield school system, the two worked “to evaluate the impact of providing students with human narrated podcasts of classroom materials,” CRIS said.

Through the station’s CRISKids for Schools program, volunteers recorded books listed in Enfield schools’ curriculum for students in kindergarten through third grade. ERfC staff then downloaded the recordings onto MP3 players, the release says.

Those MP3 players were then paired with the print version of the recordings and placed in book bags given to students during ERfC’s after-school and summer camp literacy sessions.

An independent 14-month long study — which began in June 2018 and concluded in August 2019 — found that the majority of students with reading challenges who listened to CRISKids’ recordings for more than 100 minutes during the school year improved in their reading more than expected compared with students who didn’t listen to CRISKids, CRIS said.

Dunne said the study was conducted by Anita Baker of Evaluation Services Inc., an organization based in New Jersey.

Although the evaluation did not include the impact of teachers’ classroom strategies during the school year, it tracked standardized test scores along with time spent listening to the recordings, CRIS said.

It also says that “among the lowest-level readers in Grades 1-3, 75 percent of the students who listened to CRISKids for more than 100 minutes during the school year improved more than expected.”

Among students at all levels of reading, “40 percent of students with more than 100 minutes of access to CRISKids also improved more than expected,” according to the study.

Additionally, more than 80 percent of rising Grade 1-3 students who accessed CRISKids for more than 30 minutes during ERfC’s seven-week-long summer camp “either maintained or improved what they learned during the school year,” CRIS said.

Dunne said CRIS plans to continue its collaboration with ERfC.

Claire Hall, ERfC’s executive director, could not be reached for comment.

“We hope to continue to provide this simple and effective tool to teachers and parents as well as expand our CRISKids audio library,” Dunne said. “With home-schooling and online learning the current ‘new normal,’ CRIS is offering this service to parents during the current health crisis in hopes it can be a tool for them to enhance their child’s learning and reading ability.”

With schools closed during the coronavirus pandemic, CRIS is making its CRISKIDS service available free of charge. Access to its audio library of more than 1,000 book titles is available on its website at www.crisradio.org or from its free CRIS radio mobile app.