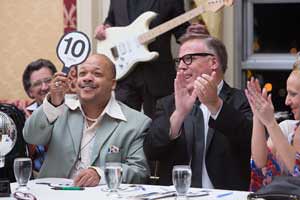 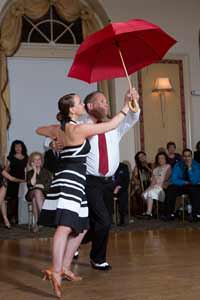 Just call him Fancy Footwork Floyd. That would be Aetna vice president Floyd Green, who, after Saturday night’s CRIS Radio “Dancing in The Dark” gala, knows that if the insurance gig doesn’t work out, he can always give dance lessons. Read more.

Arthur Murray instructor Frank Del Aguila's touch is feather light as he and his dance partner, Diane Duhaime, practice their fox trot. His hand gently guides her arm to form a graceful arc as they move across the floor in unison. She is equally sensitive, her hands … Continue Reading ››

It was a hazy first gala for CRIS Saturday at Maneeley's in South Windsor -- purposely hazy. Read More.