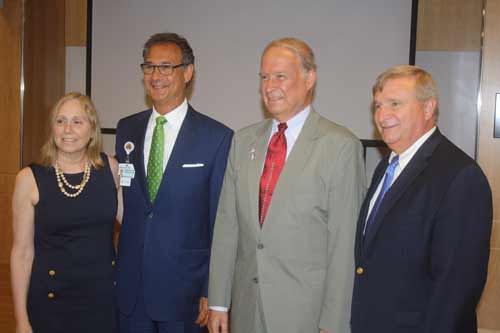 CRIS launched two of its internet streams at St. Francis Hospital, making the CRIS Radio and CRIS en Español available to every patient in the hospital over their bedside cable system.

All day, every day, patients will have access to the 50+ publications that CRIS volunteers record every month, including the live programming of the Hartford Courant, New York Times, Journal Inquirer and New Britain Herald.

A similar service from CRIS streams children’s magazine to patients at the Connecticut Children’s Medical Center.

The initiative is made possible by grants from the Hoffman Foundation, the Martin Foundation and the Hartford Foundation for Public Giving.